It is enough to satisfy either of those conditions to become a Polish Tax resident. Tax residents are subject to PIT on all the income they receive, subject to double-tax treaties.

Limited taxation applies to natural persons, who are not Polish tax residents. Non-tax residents are taxed on their income from Polish sources.

For instance, under certain conditions individuals, who provide business activities in Poland can be subject to PIT, using the so called flat rate — 19%.

The same 19% flat rate applies to income, obtained from interest and capital gains.

When it comes to using the progressive scale, there are currently two rates: 18% and 32%.

In 2019 the Polish government announced the launch of the so-called “Zero PIT programme” aimed at young people under 26 years of age.

The new amendments to the PIT Act entered into force on the 1st of August 2019, thus scrapping the personal income tax for young employees earning less than PLN 85,528 (€20,000) a year.

In accordance with the new regulations, young employees, under 26 years old (including foreigners), who earn money under e.g.:

are eligible for the 0% Personal Income Tax rate.

However, the special tax exemption rules do not apply to taxpayers whose annual revenue exceeds the threshold of PLN 85,528 (€20,000), as well as to those young employees and entrepreneurs, who earn income:

Polish taxpayers are obliged to submit the annual tax return to the Tax Office (US — Urząd Skarbowy) no later than on April the 30th. The annual tax form (usually PIT-37) can be submitted either electronically or on paper.

Be advised: you should pay attention to deadlines, failure to submit or late submission of the said Tax Return form can result in a fine. 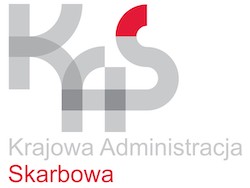 If you are employed by a Polish company, you will receive your PIT-11 form from the employer, no later than by the end of February. PIT-11 is a Polish form that contains basic information on income, earnings, and taxes paid.

However sometimes, the taxpayer will have to make up the difference, if the monthly advance payments did not fully cover the tax due. For example, if the taxpayer exceeded the threshold of PLN 85,528.

The annual liability is a difference between the taxpayer’s tax due, specified in the annual PIT-37 form and the said advance payments, the Tax office collected during the fiscal year.

It should be noted, that in Poland each taxpayer is eligible to a number of tax reliefs and deductions:

Tax evasion is illegal and is punishable by a fine or imprisonment in accordance with the applicable provisions of Polish Law.

I'd need somebody, some company, to process my taxes for me, anyone knows one?

I am currently working as deputation or expat with my parent company in India. I got PIT 36 from my company and they have stated that I do not need PIT 11. I have submitted PIT returns jointly with my spouse(non working) and system calculated refund. Now tax authorities have sent one letter asking for PIT 11. My company has stated that since i am not an employee of Polish employer and instead my parent company in India and am on deputation so I am not eligible for PIT11. Can you please clarify this if such a rule is there and how can I reply to the tax office that I am unable to submit PIT 11

If besides the incomes from my full time job, I have a freelance source of incomes, how and when do I pay tax over these incomes. Thank you