This week the National Statistical Office (GUS) has confirmed, that the number of foreigners residing in Poland in January 2020 was 2,000,000 thus reaching a historical all-time high.

However, it has come to our attention that people often confuse the terms “Permanent Resident” and “EU Long-term Resident“.

While the concept is basically the same in the majority of countries, Poland is being an exception here. So, let’s take a closer look.

Although you should remember, that all the things that we are describing here apply to non-EU citizens only. 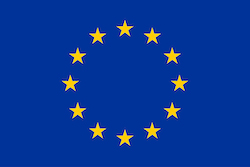 If you are an EU/EEA citizen, meaning you are a national of:

Meaning, that if you are a citizen of Iceland, Liechtenstein, Norway or the UK (for the meantime) — the long EU long-term Residence isn’t something you should be interested in.

If you a European citizen (legally speaking), it is enough that you inform the Polish government that you will be staying here in Poland, and provide all the details i.e. — Register your stay.

After 5 years, you are eligible to apply for Permanent Residence in Poland. 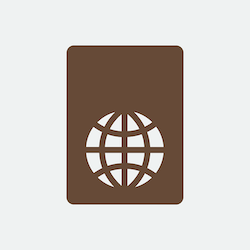 This applies to all non-EU nationals, such as Indians, Mexicans, the Chinese, Ukrainians, Russians and others.

How do I get Long-term resident status

As usual, you will have to fulfil a number of requirements and conditions. First of all:

Meaning, that if you have lived in Poland for 5 years and you’re currently renting a flat, or perhaps you bought one by taking a mortgage  — you’re good to go.

If you’re running a business here in Poland or perhaps you are an IT guy, being employed by a Polish company (including running a virtual company through our incubation programme) — you fulfil the requirement.

The next requirement is to have valid insurance. If you are employed under an employment contract or it’s civil law equivalent (Specific-task contact being the only exception), you don’t have to register anything.

If not, you’d have get insurance before applying for long-term resident status.

Last but not least — Certification of Proficiency in Polish as a Foreign Language. That’s the official name. And yes, this is one of the major requirements.

You have to prove that your level of Polish is higher than B1 before you can apply for the status.

Be advised, that attending a Polish language school is not enough, even if it’s not private but state-funded. You have to provide a valid certificate by taking an official exam, held by the State Commission for the Certification of Proficiency in Polish as a Foreign Language.

And currently, that is the only way to officially prove your language proficiency, unless you are a Polish high-school or university graduate

There’s a trick though if you are a Polish University graduate, but you were studying in English. Meaning that every single course was taught in English then it won’t count for obvious reasons, you will have to obtain the certificate of language proficiency.

This requirement was introduced along with a number of other amendments made to the Polish “Aliens Act” or “Act on Foreigners”. Now if you would like to apply for the said status, you have to provide a certificate of language proficiency.

And there’s no workaround. If you do not speak Polish on a B1 level at least, you cannot apply for EU long-term resident status in Poland.

How much does it cost

The administrative fees or the so-called stamp duty are PLN 640. Those fees can be paid to your local voivodeship’s department for foreigners official bank account.

The said duty can also be paid in cash on the spot at you local Department for foreigner’s office’s cash desk.

And as usual in such cases, failure to pay will result in your application being left without consideration, so do not forget.

Under the current law, the application should be submitted in person. No later than the last day of your legal stay in Poland.

You will get a special stamp in your passport, confirming that your application is being reviewed by the Polish authorities. Thus confirming that you are staying here legally, even if the date on your previous residence card states otherwise.

Be advised that such stamp does not give any right to cross the Polish national Border to visit other Schengen member states. But you may return to your country of origin if you wish so.